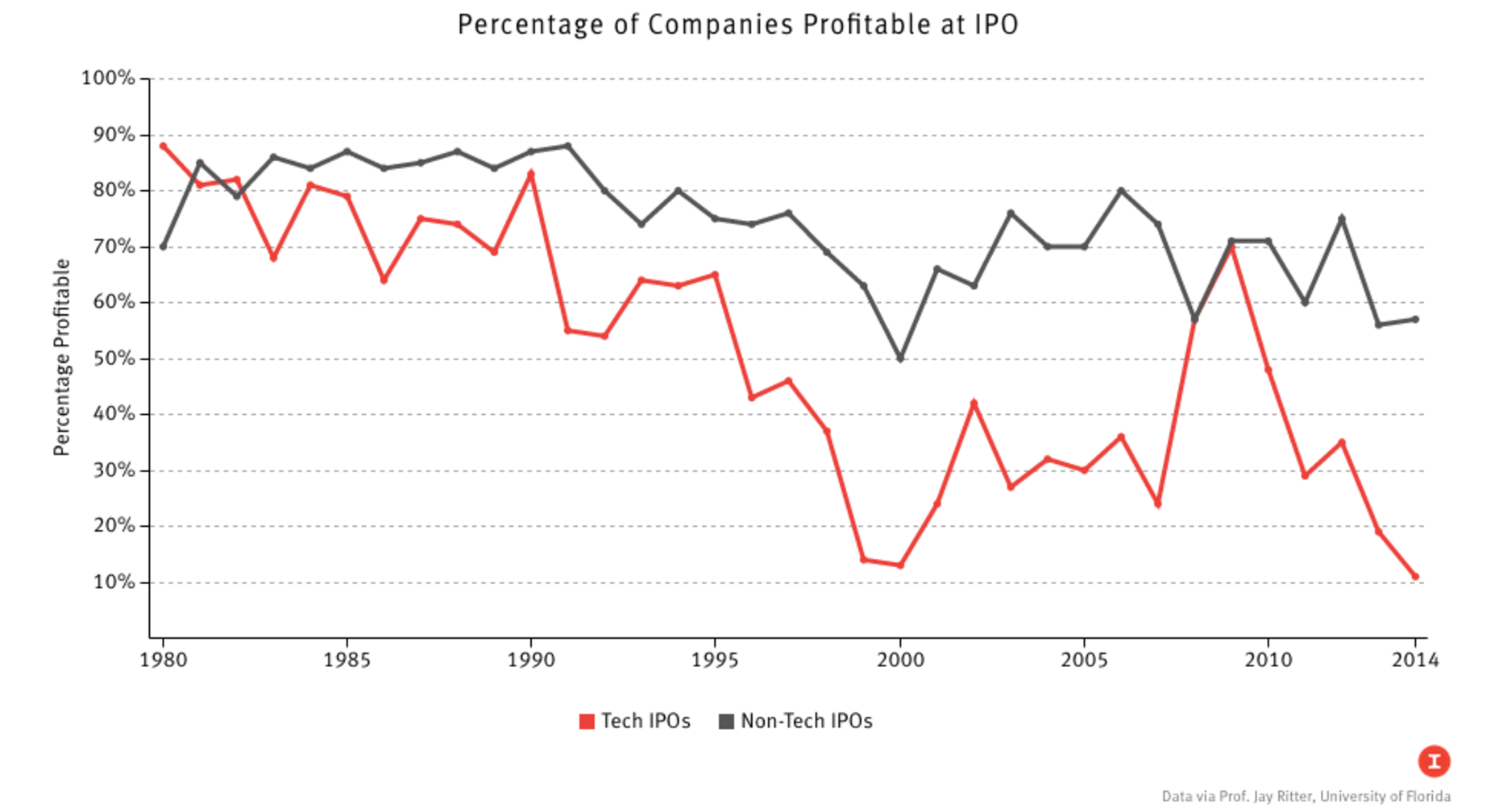 Here’s a sobering statistic for anyone worried about where we are in the tech cycle: Last year, a higher proportion of money-losing tech companies went public than at any time since 2000.

The proportion of tech IPOs turning a profit has declined in the past four years, according to data collected by University of Florida Professor Jay Ritter, a trajectory that mirrors what happened in the late 1990s. Last year only 11 percent of the tech IPOs were profitable—below the 13 percent of 2000.

Just as striking, the percentage of non-tech IPOs that were profitable was higher last year (at 57 percent) than in 2000 (50 percent).