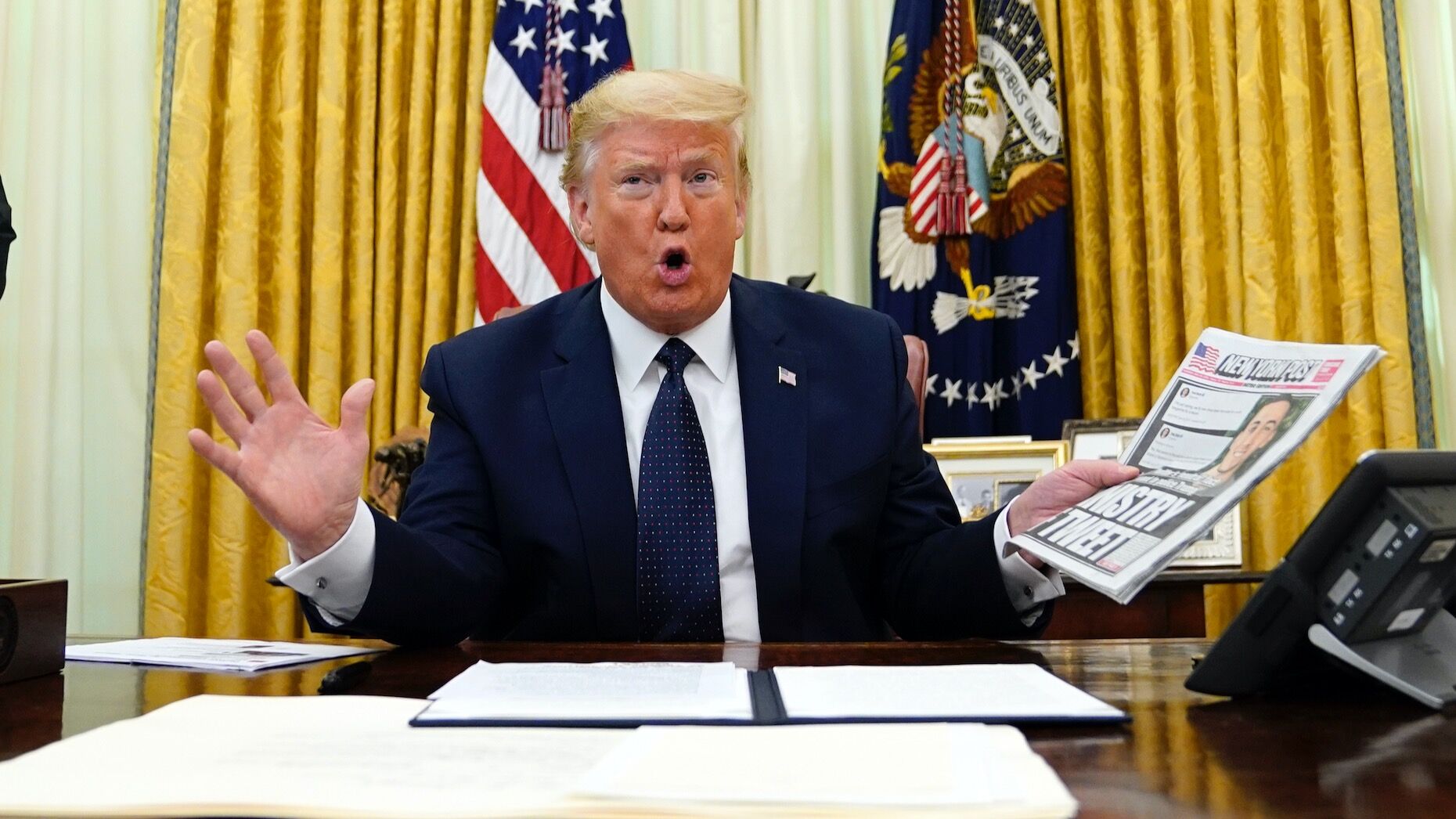 By
Christopher Stern
,
Alex Heath
and
Nick Bastone
|  May 28, 2020 3:37 PM PDT
Photo: President Trump in the Oval Office on Thursday before signing the executive order on social media. Photo: AP

President Trump launched a new front in his long-running battle against the large tech platforms this week. On Thursday, he issued an executive order challenging a legal protection that has played a key role in the ability of companies such as Facebook and YouTube to grow into global digital platforms with billions of users. That protection, included in Section 230 of the Communications Decency Act, ensures that digital platforms can’t be sued over user-posted content.

Trump’s order came days after Twitter took the unprecedented step of attaching a fact-check label to two of his tweets about mail-in voting. The move by the White House is widely seen as an effort to retaliate against Twitter and other digital platforms, including Facebook and Google, that have been accused by Republicans of being biased against conservative viewpoints. Trump and some other prominent Republicans have long suggested that they may roll back or even rescind the Section 230 protections to combat what they claim is political bias.