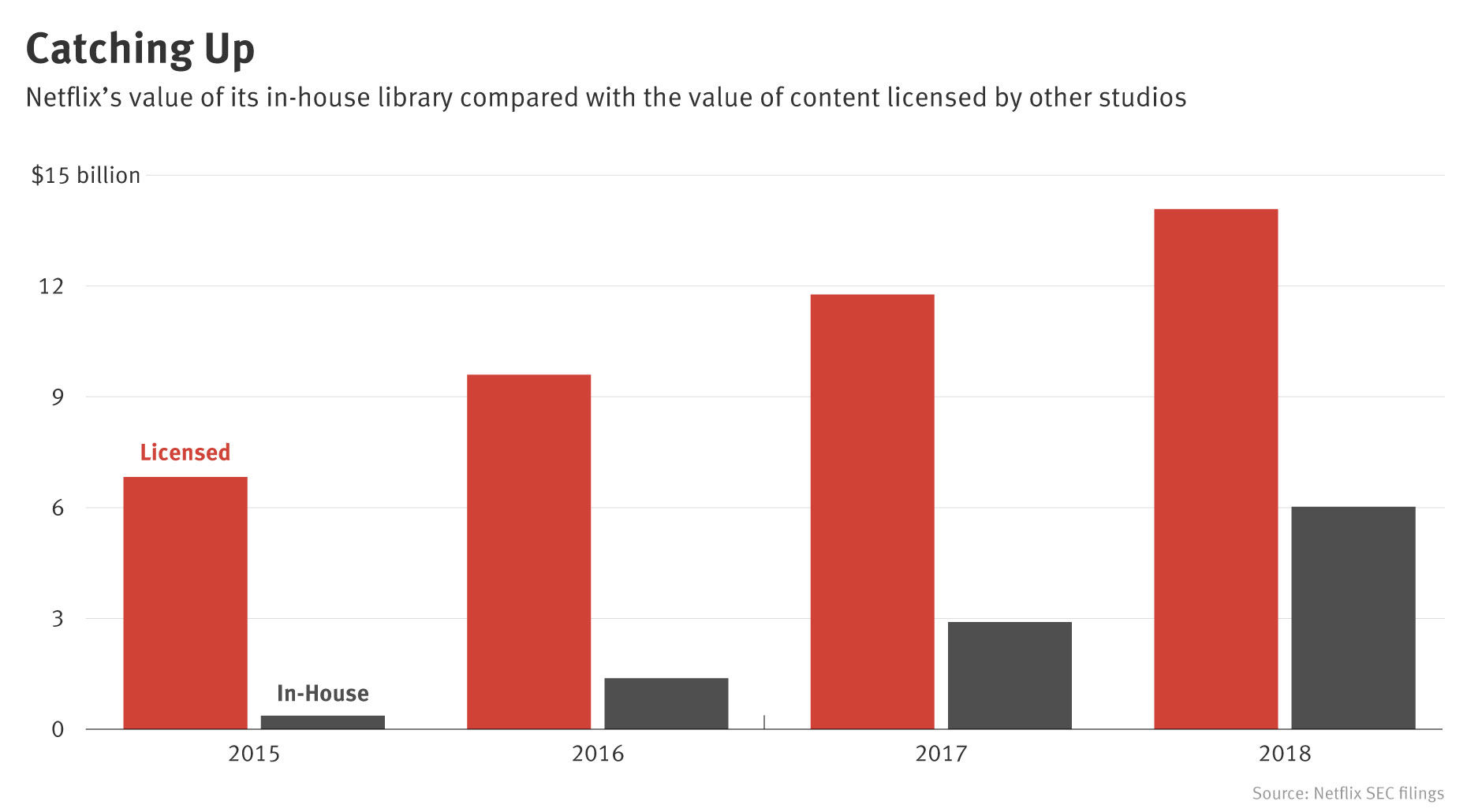 Netflix Races to Make More Originals as Studios Pull Back

Disney’s unveiling of its upcoming streaming service last Thursday was a reminder of why Netflix has put so much effort into developing its own programming in recent years, making it less dependent on competing studios like Disney for content. But Netflix’s financial statements show that the streaming giant has a long way to go to be self-supporting when it comes to TV shows and movies.

The value that Netflix puts on content licensed from other studios at Dec. 31 was $14.1 billion, more than double the value of the programming Netflix produces entirely in-house—valued at $6 billion (see above chart). That suggests Netflix is still vulnerable to big entertainment companies pulling content off the service in favor of their own streaming offering, as Disney is doing ahead of the launch of its service Disney+.