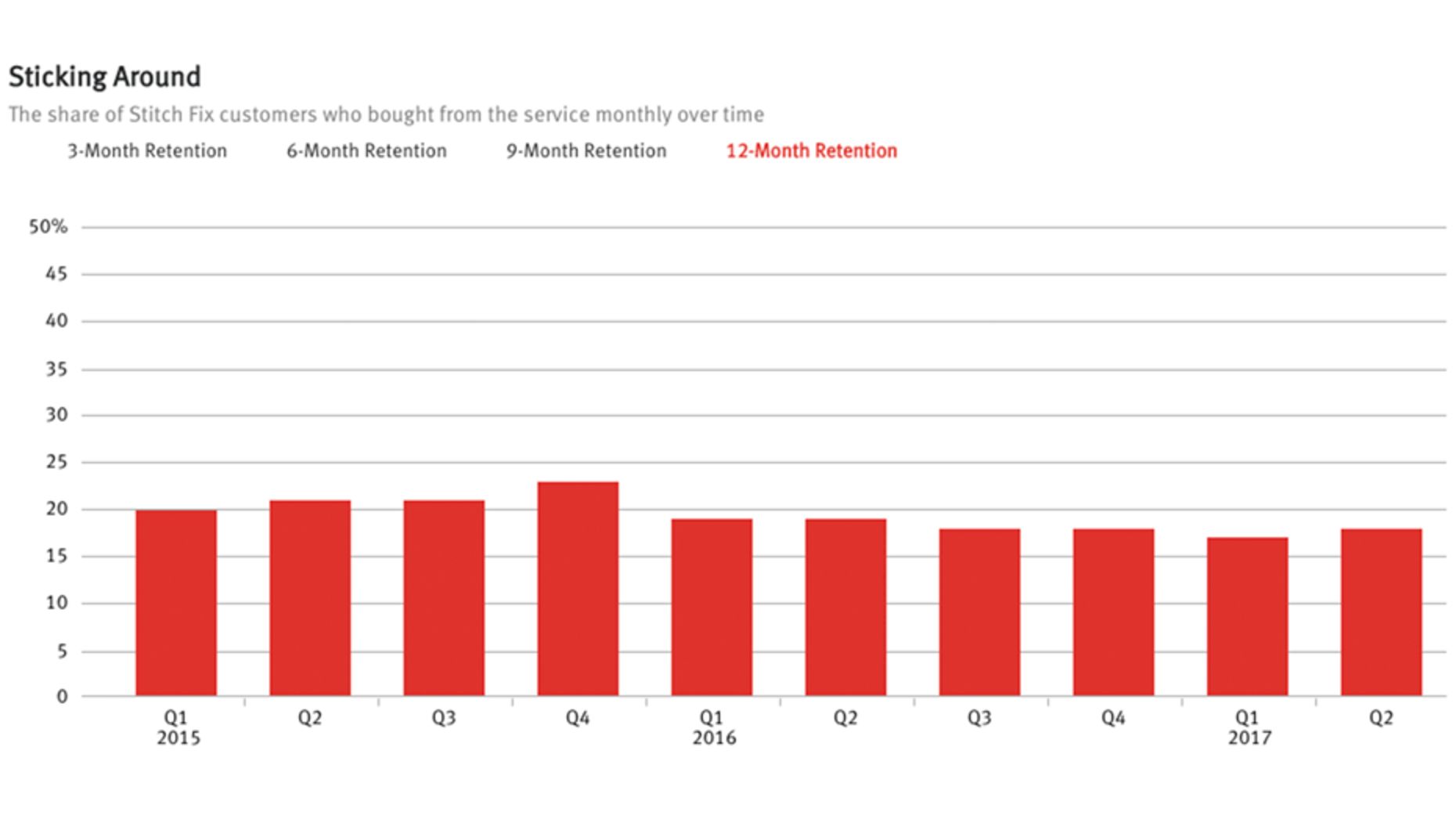 Subscription retailer Stitch Fix has kept customers coming back for personalized boxes of clothes at a steady clip over the last three years, according to new data. That stability could be a good omen as the company prepares to go public, although investors also might be hoping Stitch Fix over time can increase the percentage of customers that return.

Stitch Fix saw about a quarter of customers return monthly for at least nine months, a rate in line with its retention rate from two years ago when the number of buyers was much smaller, according to data from credit card tracker Second Measure that haven't been previously reported. Stitch Fix, which relies on a combination of human stylists and algorithms to come up with clothing options to send, also might be making more money off the customers it keeps. Its average transaction value was $72.16 in June, up 8% year over year, according to Second Measure.