Uber’s Losses Grow, But So Do Its Profit Projections

The rising losses reflect expansion efforts in places like China and India. But the company expects older markets in developed countries to generate billions of dollars in profit in the coming years, according to a person familiar with Uber’s thinking.

The Takeaway
Uber is losing money to gain market share in emerging markets that have fierce incumbents, but overall, it’s increasing the percentage of money it keeps from rider payments. And one projection shows the company could generate $14 billion in profit from developed-world markets during the next four years, as more cities turn cash-flow positive.

The five-year-old ride-sharing company’s finances are being increasingly scrutinized as it takes in new financing at a more than $62 billion private valuation and meets with wealth management firms and others.

Uber lost $671.4 million in 2014 and $987.2 million in the first half of 2015, the documents show. If the company continued on that trajectory through the second half of last year, Uber’s full year loss would have been more than $2.5 billion.

Uber’s net revenue appeared on track to nearly triple to more than $1.5 billion from $495 million between 2015 and 2014, based on the documents. The increased losses were primarily a result of higher sales and marketing expenses. For instance, net revenue rose 30.8% between the first and second quarters of 2015 while sales and marketing costs doubled to nearly $200 million during the same period.

Despite the losses, a person familiar with Uber’s thinking says the company could be profitable overall in its developed-country markets starting this year. Uber’s developed world operations include the U.S., Japan, Australia, Israel, U.K. and other parts of Europe. Dozens of cities in the developed world are already said to be cash-flow positive, with more turning that way this year.

Uber isn’t in danger of running out of money. According to the the documents, the company had $4.15 billion in cash and cash equivalents as of June 30, 2015.

Projections for the developing world couldn’t be obtained. But if the aforementioned figures turn out to be even partially in line with actual results, it would give Uber breathing room to continue pouring funds into Asia and position itself to benefit from future growth in those markets. In China, it faces numerous product, operations and financing challenges in its fight against incumbent Didi Kuaidi there, as we reported in depth today. In India, Uber business chief Emil Michael says the company saw immense gains in market share in 2015 versus incumbent Ola Cabs. 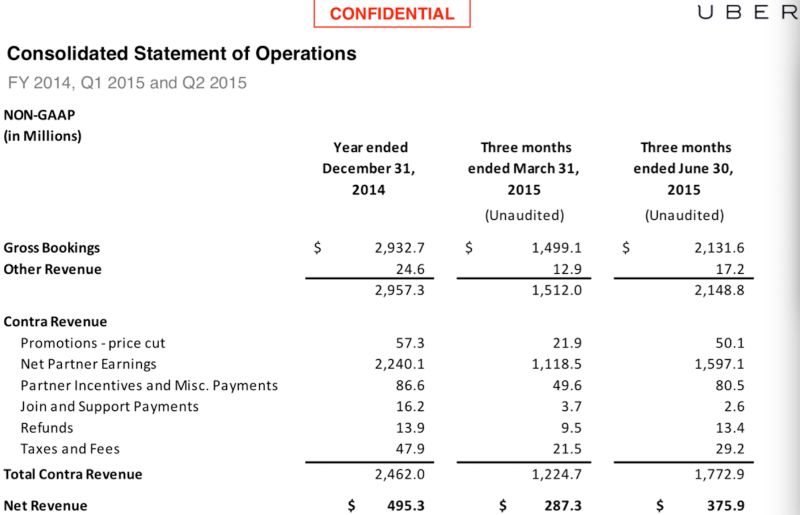 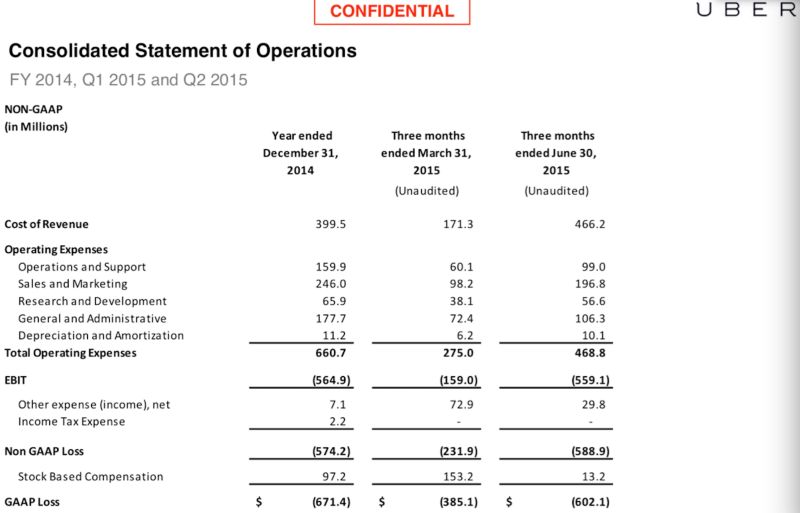 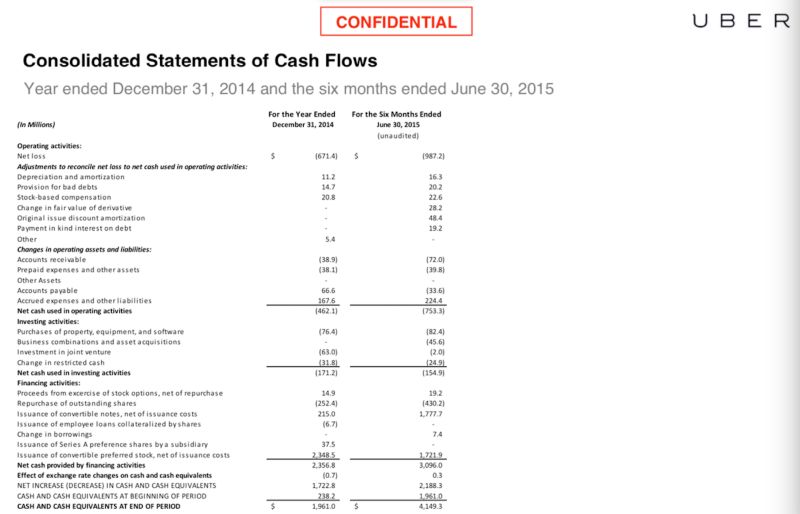 Exclusive Uber’s Losses Grow, But So Do Its Profit Projections

By Sarah Krouse and Kaya Yurieff