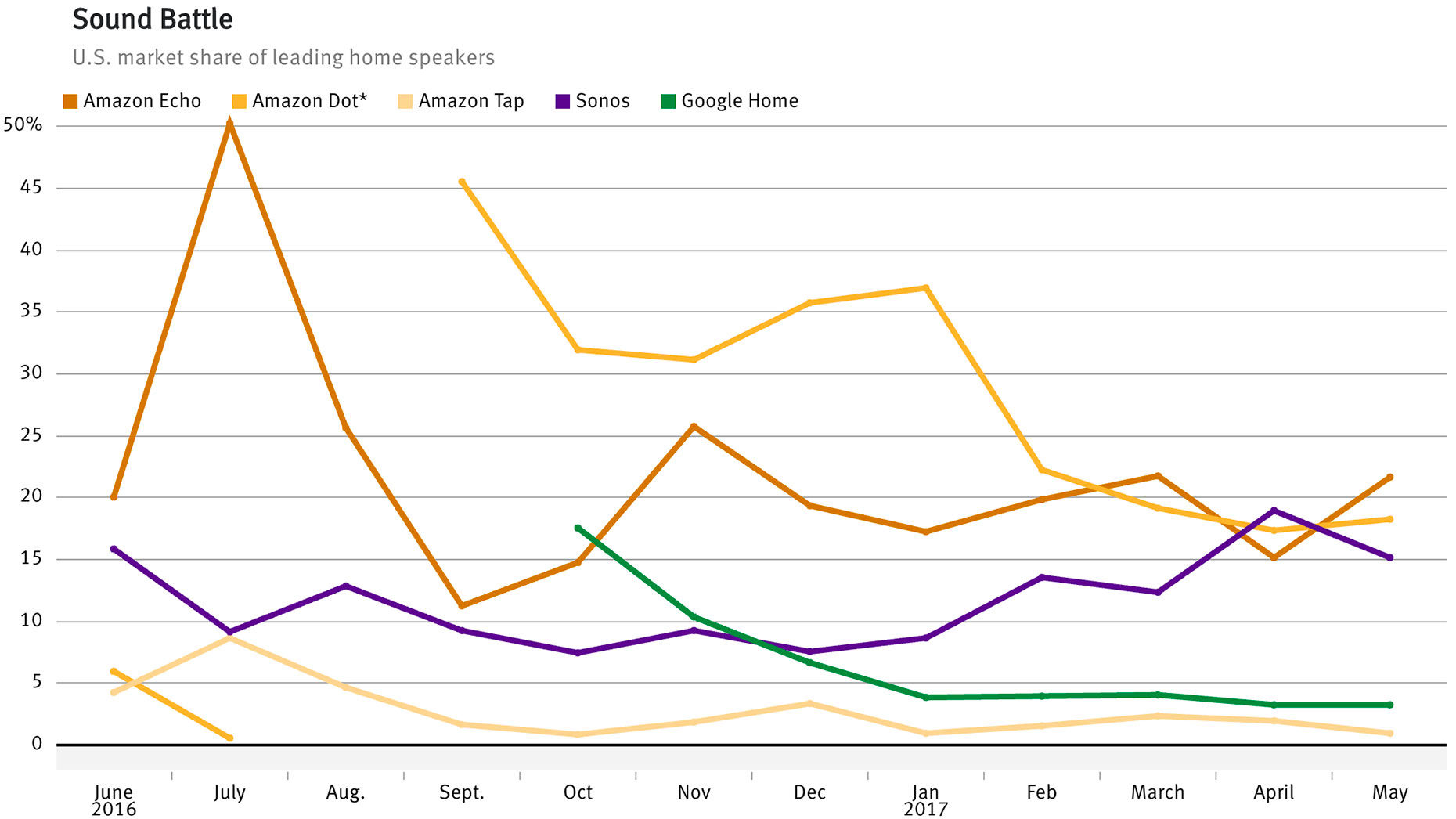 What Apple’s HomePod Is Up Against

Google has so far failed to make a dent in Amazon’s stranglehold on the voice-activated home speaker market, new data show. It highlights the challenge facing Apple, which is pricing its forthcoming HomePod devices well above similar devices.

The data show that Amazon has done best with the cheapest version of its speaker, the $49 Dot. Since September of last year, its $179 Echo, the flagship product, passed the Dot’s market share only in two months. Its mid-range device, the $129 Tap, hasn’t made much of an impact. Neither has Google’s Google Home speaker, which sells for $129, and has lost market share since it was launched last October, according to the figures, from Slice Intelligence.