Special Offer: Try The Information today for only $10/month for your first 3 months.
SUBSCRIBER VIDEO CALL

2030’s Big Business: Tech or Something Else? 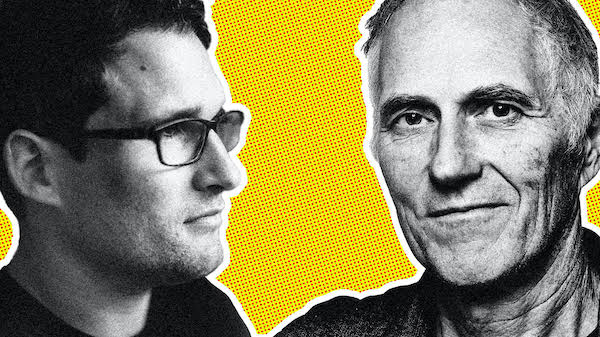 On Friday morning, O’Reilly Media founder Tim O’Reilly and Sam Lessin, co-founder of Fin and a partner at Slow Ventures, hosted a live conference call to discuss the next decade in tech. They began by following up on Lessin’s 2030 predictions. While there were some areas of agreement, the two columnists, investors and entrepreneurs had very different views on the biggest business opportunities over the next ten years.

The two also explained whether they were long or short major tech companies—Apple, Amazon and Facebook—as well as technologies, including crypto, AR and VR.

The full 45-minute video above.

Why Facebook Has the Most to Lose From Biden, Democratic Victories

Why Facebook Has the Most to Lose From Biden, Democratic Victories

SUBSCRIBER VIDEO CALL2030’s Big Business: Tech or Something Else?

Top banks, including JPMorgan Chase and Goldman Sachs, are battening down their technology hatches for next week’s presidential election.

Around next Tuesday, the final day of voting, JPMorgan and Goldman will both halt software updates to the retail and investment banking systems their customers use to manage accounts, The Information has learned. It’s a precaution intended to ...

Recent Popular Stories
The SPAC Target List: Private Tech and Media Firms in Their Teenage Years
By Ross Matican and Martin Peers
A dozen private tech and media firms, ranging from BuzzFeed to Getaround, have been left behind in the initial public offering surge of the past two years.
Exclusive Asia Apple
Inside Apple’s Eroding Partnership With Foxconn
By Wayne Ma
When Apple’s 2018 iPad Pro was undergoing production trials at the company’s largest outside manufacturer, Foxconn Technology, the Taiwanese firm gave Apple a list of how many workers it needed to develop the new product.
The Takeaway
The Startup Trap Quibi Fell Into (and I Almost Did Too)
By Jessica E. Lessin
This week, Tom and Jessica broke the news that Quibi founder Jeffrey Katzenberg had told people the video startup might have to shut down and then—a day later— reported the shutdown officially.
Exclusive Travel Real Estate
Airbnb’s Spin Master
By Cory Weinberg
Chris Lehane was piping mad. Laurence Tosi, Airbnb’s chief financial officer, had accused the Airbnb policy and communications chief of spending millions of dollars before Tosi had signed off on the plans, approval Lehane didn’t think he needed.
Opinion Policy Google
The Tech Giants’ Cultures Are Incompatible With Fixing the Societal Problems They’re Causing
By Yaël Eisenstat
The chief executives of Facebook, Google and Twitter are rightly under fire for their role in spreading disinformation and hate speech, including in the context of the U.S.
Opinion
To Fix Section 230, Target Algorithmic Amplification
By Roddy Lindsay
It now seems inevitable that the U.S. government will try to roll back some of the protections that Section 230 of the Communications Decency Act has provided to internet companies.