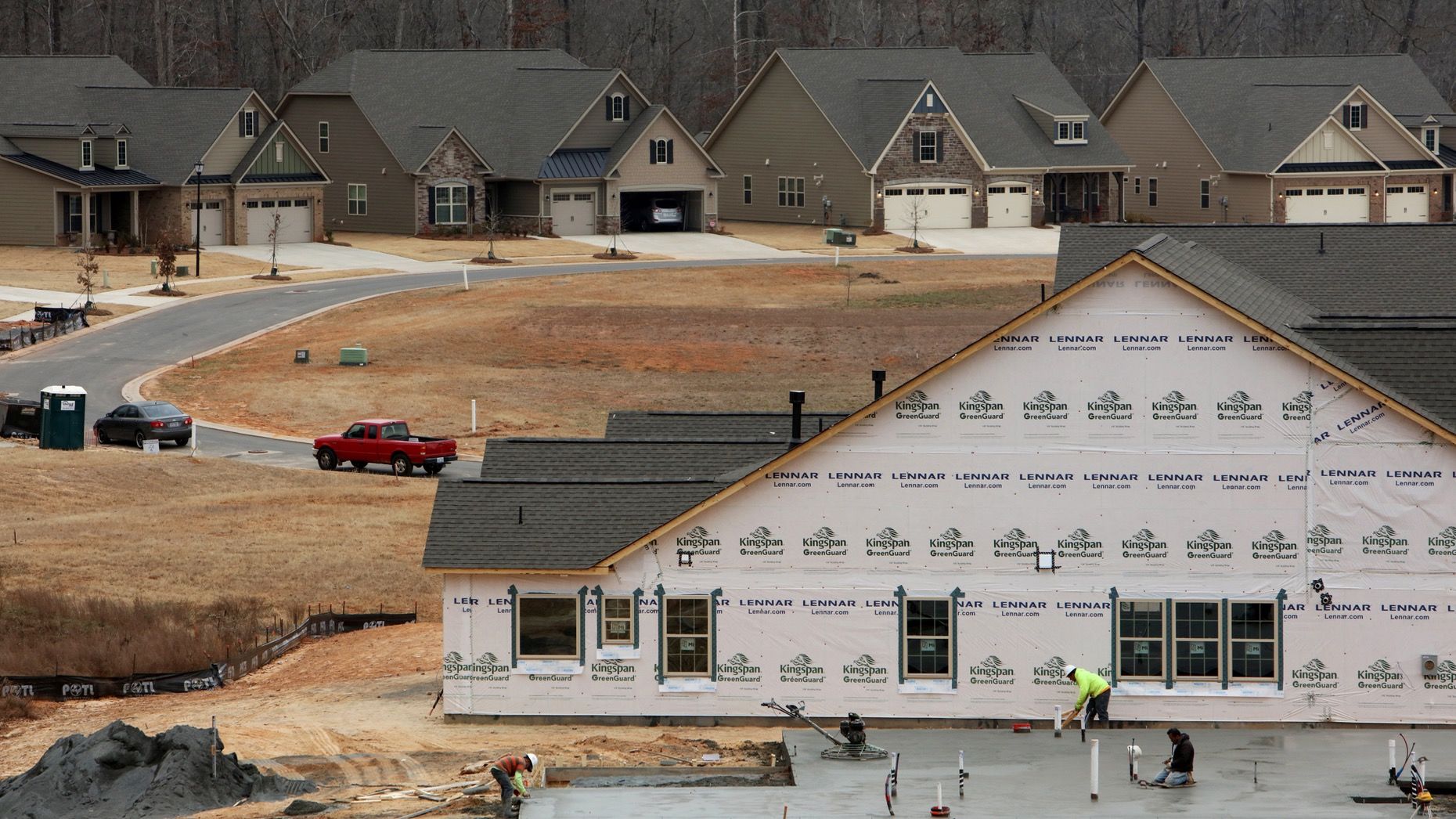 By
Aaron Tilley
and
Priya Anand
|  April 16, 2018 7:02 AM PDT
Photo: Contractors worked on a house under construction at the Lennar Tree Tops community development in Lancaster, S.C. Photo: Bloomberg

As Amazon and Apple race to get consumers to buy smart devices that do everything from unlock a door to turn on lights, the companies are pursuing a second line of attack: installing the devices in homes while they are under construction. On this front, Amazon appears to have an edge.

A division of Shea Homes that builds retirement communities in Northern California, for instance, is installing Amazon Dot speakers directly into ceilings in various rooms around the house. Separately, Amazon late last year struck a large-scale deal with Lennar, one of the biggest home builders in the U.S. Under the deal, Lennar is paying to place two Echo devices and install Alexa-powered door locks, light switches and thermostats into every new house it builds. Amazon also did a deal with a division of Brookfield Homes in Washington, D.C.