The Crypto Fixers: 10 People Working to Shape How the Industry Is Regulated Read Now

‘Buckle Up, the Next Four Weeks Are Going to Suck’: Silicon Valley’s Return-to-Office Survival Guide

As tech companies finally return to in-person work, we corral expert advice on how to navigate the new nine-to-five (which isn’t actually nine-to-five).

‘Buckle Up, the Next Four Weeks Are Going to Suck’: Silicon Valley’s Return-to-Office Survival Guide

As tech companies finally return to in-person work, we corral expert advice on how to navigate the new nine-to-five (which isn’t actually nine-to-five).

“Whenever I have friends who are going back to the office, I’m like, OK, buckle up,” says Abigail Tisch, an investor at RRE Ventures in New York. “The next four weeks are going to suck and then you’ll be glad.” Returning to the office after more than two years away will pose new challenges, from the practical (“What do I do with my quarantine puppy?”) to the existential (“How do I interact with my co-workers?”). We asked Tisch and others already in the trenches, from corporate culture consultants to Silicon Valley stylists, for their best practices in the RTO age. 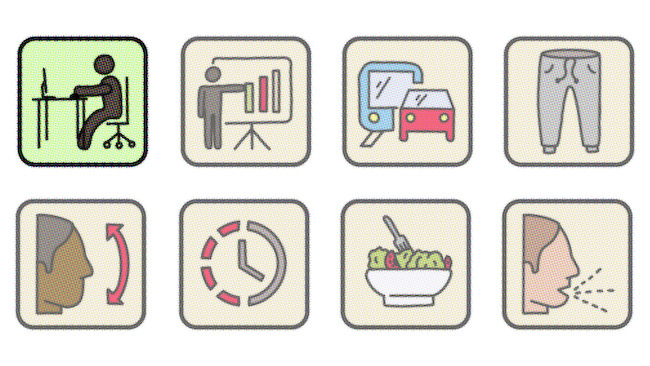 ‘It Was Very Funny to Watch’: The Do’s and Don’ts of Marking Your Territory

With employees returning to their offices in different time frames, there has been no shortage of bumbling, awkward reentry experiences. At Twitter’s New York office, employees can reserve desks online. But since the office has not been at capacity, some employees have foregone the reservation system, instead just sitting in the same spot each day, according to Ola Idowu, a global content partner manager in entertainment at Twitter. As more employees have come back to work, there has been occasional tension between those who booked the seat in advance and those who’ve been squatting there out of habit. “It was very funny to watch,” said Idowu, who witnessed one such interaction between two employees, with the one who had made a reservation winning the spot.

Other areas also require readjustments: According to employees, Google’s first day back in Sunnyvale saw many workers shivering at their desks, as they had forgotten about the perils of office air conditioning. Some employees are finding themselves spending more time talking to co-workers, making them late for meetings. Others, like RRE Ventures’ Tisch, had to get used to a “totally silent office.”

“Hopefully companies create a space where they allow folks to be able to discuss some of these things openly,” says Charisse Fontes, founder of culture consultancy Culture Circle, who has worked with employees at Meta Platforms and Nextdoor. “A small group that’s hosted that can talk about [reentry awkwardness], maybe share an anonymous survey that’s like, ‘Hey, these are some of the things that come up; here’s what we want to talk about.’”

Read deeply reported stories from the largest newsroom in tech.
Latest Articles
Data Point Amazon Markets
Why Amazon Is Giving Employees Record Amounts of Stock, Even as It Trims Head Count
By Paris Martineau · Aug. 10, 2022 10:00 AM PDT
At a moment when Amazon’s overall workforce is shrinking, the company is awarding stock to employees at a record-breaking clip to keep top talent from heading for the exits. Amazon granted 138 million restricted stock units to employees in the second quarter, as the chart above shows—an 82% increase from the number of restricted shares for employees it issued during the same period...
Latest Briefs
Microsoft Lays Off 200 People in Family-Focused App Business Amid Broader Belt-Tightening
By Aaron Holmes · Aug. 10, 2022
Unity Announces China Joint Venture With Partners Including Alibaba, ByteDance
By Juro Osawa · Aug. 10, 2022
Former Twitter Employee Convicted of Spying for Saudi Arabia
By Erin Woo · Aug. 9, 2022
Receive a summary of the day's top tech news—distilled into one email.
View stories on our mobile app and tune into our weekly podcast.

Recent Popular Stories
Data Point Google Facebook
Why Mark Zuckerberg and Sundar Pichai Are Worried About Productivity
By Stephen Council
Executives at Facebook parent Meta Platforms and Google parent Alphabet are feeling the pressure, so they’re giving employees a kick in the pants.
The Big Read
‘He’s Making Up a World He Wants to Attack’: How Vivek Ramaswamy Became a Right-Wing Culture Warrior
By Michelle Celarier
Riley Moore had never met the man seated next to him. The state treasurer of West Virginia, Moore had come to a conservative retreat in the state’s storied Greenbrier resort in May 2021 to talk about a letter he and 14 other Republican state treasurers had just written to the Biden administration’s climate envoy, John Kerry.
Data Point Crypto Venture Capital
The Metaverse Real Estate Boom Turns Into a Bust
By Aidan Ryan
The metaverse is in the midst of a real estate meltdown. Sales volumes and average prices for virtual land have plunged this year, part of a broader slide in crypto and non-fungible token prices.
Exclusive Venture Capital Startups
Debt Is Back for Startups Shut Out of IPO Market
By Maria Heeter
Tech startups that had been eager to go public this year have been forced to put those plans on ice amid the market meltdown.
Venture Capital Startups
Venture Capital’s Limited Partners Warn of Fundraising Slowdown
By Kate Clark
The era of easy money could be over for venture capital firms. Although VC fundraising has so far matched last year’s brisk pace, limited partners—the people and institutions that invest in VC funds—say a slowdown is afoot.
Facebook
For Meta’s Next CFO Susan Li, Metaverse Dreams Mean Real-World Challenges
By Sylvia Varnham O'Regan
When Meta Platforms reported its first-ever quarterly revenue decline last month, the Facebook parent company also made a key promotion with little fanfare: 36-year-old finance executive Susan Li would become chief financial officer in the fall, replacing longtime CFO Dave Wehner, who held the role for eight years and would transition to a strategy role.