We’re coming to a close on another tough year for Facebook. The news cycle around Facebook is constantly changing, but the company remains in a fighting posture against its peers in the industry, the media and lawmakers in Washington. Meanwhile, Facebook’s business continues to deliver impressive results.

Alex Heath, who joined The Information in May, covers Facebook’s every move and has broken some big stories on initiatives such as Libra digital currency, Facebook’s growing investments in hardware and tensions within its Instagram subsidiary.  He is going to look back on the year in Facebook news and talk about the future of the company during our annual 2020 Preview Video Conference Call.

First of all, how would you describe what 2019 meant for Facebook?

It was the year scrutiny of Facebook broadened from focusing mostly on the fallout of the Cambridge Analytica scandal to other areas, namely the multiple antitrust investigations that are underway and the intense blowback we’ve seen to Libra. The company is under assault from all sides, whether from vocal critics in tech like Jack Dorsey and Tim Cook, or lawmakers on Capitol Hill who increasingly see Facebook as a scapegoat for growing concerns about the concentration of power in big tech companies.

Where did Facebook deliver this year? Where did it fall short?

From a pure business perspective, it’s clear Facebook delivered this year. Facebook continues to grow revenue and users every quarter. The stock price is up roughly 46% from the start of the year and the vast majority of Wall Street analysts have a buy rating on the company going into 2020.

Aside from the core business continuing to work, Facebook has struggled to make friends in D.C. and Silicon Valley. I think the initial announcement of Libra serves as a good example. We didn’t see much public support for the project from the companies Facebook courted to join the Libra Association, and I think it’s incredibly unlikely that another large tech company (like an Apple, Microsoft, or Google) would want to be part of the initiative now. Facebook has already lost the support from the big payments companies who had initially joined Libra due to regulatory pushback.

Facebook knows it has a trust deficit with a significant percentage of the general public, many of its peers in tech, and especially with lawmakers. That’s a major concern going into 2020.

You recently updated our Facebook org chart. Which teams and leaders are the most important to watch inside the company going into 2020?

I’d point to the sheer breadth of Chief Technology Officer Mike Schroepfer’s org for a sign of how much Facebook is investing in future technology, whether it be core infrastructure, David Marcus’s efforts around Libra or the large consumer hardware group that Andrew Bosworth is leading.

You’ve written a lot about Facebook’s core app and brand, whether it be adding its name to Instagram and WhatApp, or exposing internal data that showed how growth of the main app is stagnant in comparison to other apps. You also took us inside a meeting with Sheryl Sandberg and other execs in which Instagram was asked to help redirect growth back to the main Facebook app. Mark Zuckerberg recently said in a D.C. hearing that Facebook execs once considered Instagram a threat to Facebook before it was acquired. How important is the main Facebook app to the company’s overall business going forward?

The main Facebook “blue app” isn’t growing like it used to. But the blue app is still where Facebook makes most of its money, thanks to the News Feed. So it remains vital to the business.

That said, I think there’s a future, given current trends, when Instagram makes more money than the blue app. Facebook is breaking down organizational and technical siloes between its apps so that it can redistribute resources and user engagement where needed. If that strategy works, Facebook won’t need to rely on a single app for the majority of its growth in the future.

Look no further than the company’s new “family of apps” user metric that management has started given investors alongside quarterly earnings reports. Facebook has hinted that it will eventually stop disclosing the user numbers of the blue app and shift to the overall family metric, which includes users of Instagram and WhatsApp. I predict this shift will happen sometime in 2020 once the blue app’s user base stops growing enough to appease investors.

Mark Zuckerberg is arguably one of the most public tech executives in the world. In 2019, we saw him testify on Capitol Hill, make sweeping statements about the future of free speech at Georgetown University, and attempt to own up for Facebook’s past misdeeds on several occasions. How would you grade his public statements this year?

Zuckerberg, as founder and controlling shareholder, obviously feels the need to defend his company from critics. I thought his recent testimony before the House Financial Services Committee failed to answer key questions about Libra and how it should be regulated, which was supposed to be the point of the hearing. But he also had to answer a slew of unrelated questions, and given the choppy format of how these hearings are structured, he wasn’t allowed to go deep on any one topic.

His speech at Georgetown University was the most eloquent I’ve seen him be about free speech issues and Facebook’s position, although his revisionist history about the creation of Facebook being inspired by the Iraq War felt disingenuous. Throughout his interviews this year, but especially in the Georgetown speech, I’ve noticed Zuckerberg and his executives supercharge their anti-China rhetoric—a strategy that plays well in the current U.S. political climate with lawmakers but feels ultimately short-sighted. Facebook positioning itself as the anti-China internet platform for the western world also ignores the years Zuckerberg spent desperately trying to get Facebook’s services into China, and his 2016 interest in acquiring the company behind TikTok.

I think the best move Zuckerberg made this year regarding his public image was his decision to publicly livestream one of Facebook’s internal all-hands meetings. It was the most candid, unscripted version of him we’ve seen publically for a long time.

One big theme for Facebook this year was its courting of the media industry through the setting up of a separate news tab. Human editors will be responsible for featuring stories from publishers, some of which Facebook is paying directly to be in the tab. What does this initiative say about Facebook’s responsibility for the content on its platform?

Zuckerberg made quite a turn this year on the notion of paying publishers directly for their stories. He said it didn’t make sense for Facebook to do that at our media event last year, but now Facebook is paying millions of dollars in licensing fees to publishers like The New York Times and News Corp.

With the Facebook news tab, the company is walking into another political minefield. See the recent blowback to Breitbart being included in the tab for a perfect example. Zuckerberg frequently says he doesn’t want Facebook to be the arbiter of what’s true and what’s not, but Facebook is exercising judgement by choosing to include certain publishers and leave out others in the news tab. I think this situation will prove difficult for Facebook to navigate.

The area Facebook has been met with the most resistance this year is likely its effort to set up the Libra digital currency and an external foundation to eventually run it. Regulators around the world are fearful that Facebook may upend the traditional banking system with a global currency. Do you think Libra will eventually see the light of day, and will Facebook have to make significant concessions to ensure the project is approved by regulators?

The fate of Libra remains very uncertain. I think there’s a good chance the project never sees the light of day, at least in its current state. Concessions have already been discussed with regards to how the Libra digital token is backed. It’s unclear whether, even with concessions, Facebook will be able to successfully launch Libra in 2020 like it had initially hoped.

To me, the real test of whether Libra will succeed will be whether Facebook is able to successfully attract one of its competitors in big tech to join the Libra Association and help back the project. It would signal that the initiative has truly become bigger than Facebook, which is something the company desperately wants. 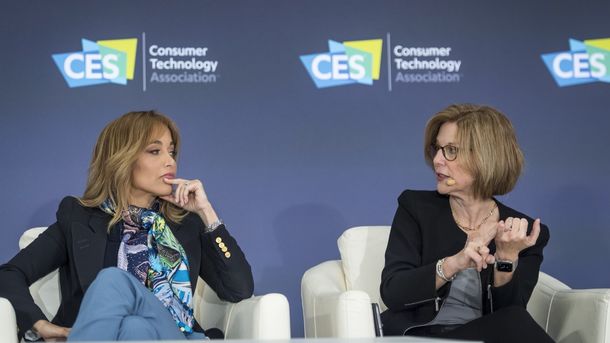