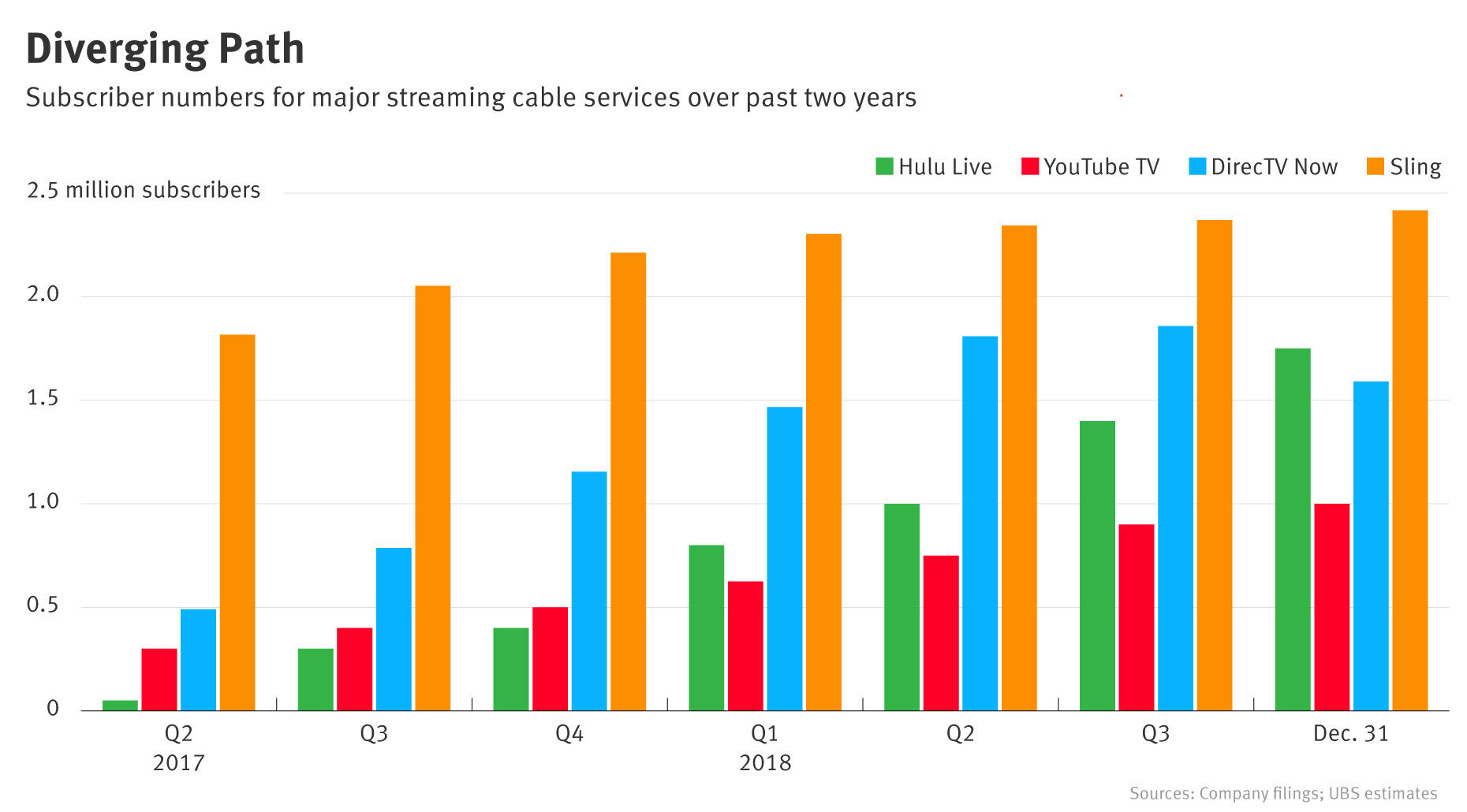 In the battle to sign up consumers for low-priced streaming versions of cable TV, the streaming-only internet companies appear to be gaining on the traditional media firms.

The two biggest firms in the market, Dish Network’s Sling TV and AT&T’s DirecTV Now, each posted anemic growth for the December quarter. That followed several quarters of slowing growth for both. In contrast, the two newer firms in the market, Hulu with Live TV and Google’s YouTube TV, continued growing strongly, according to people familiar with their numbers and analyst estimates. (See above chart.) 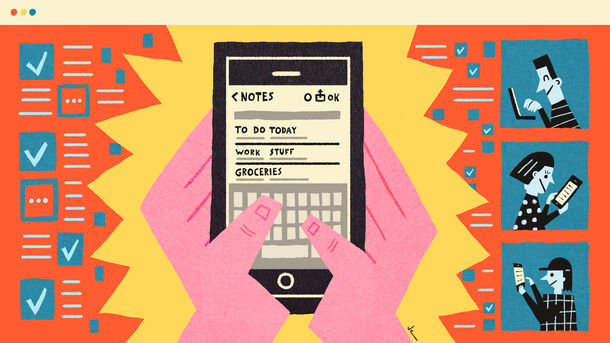