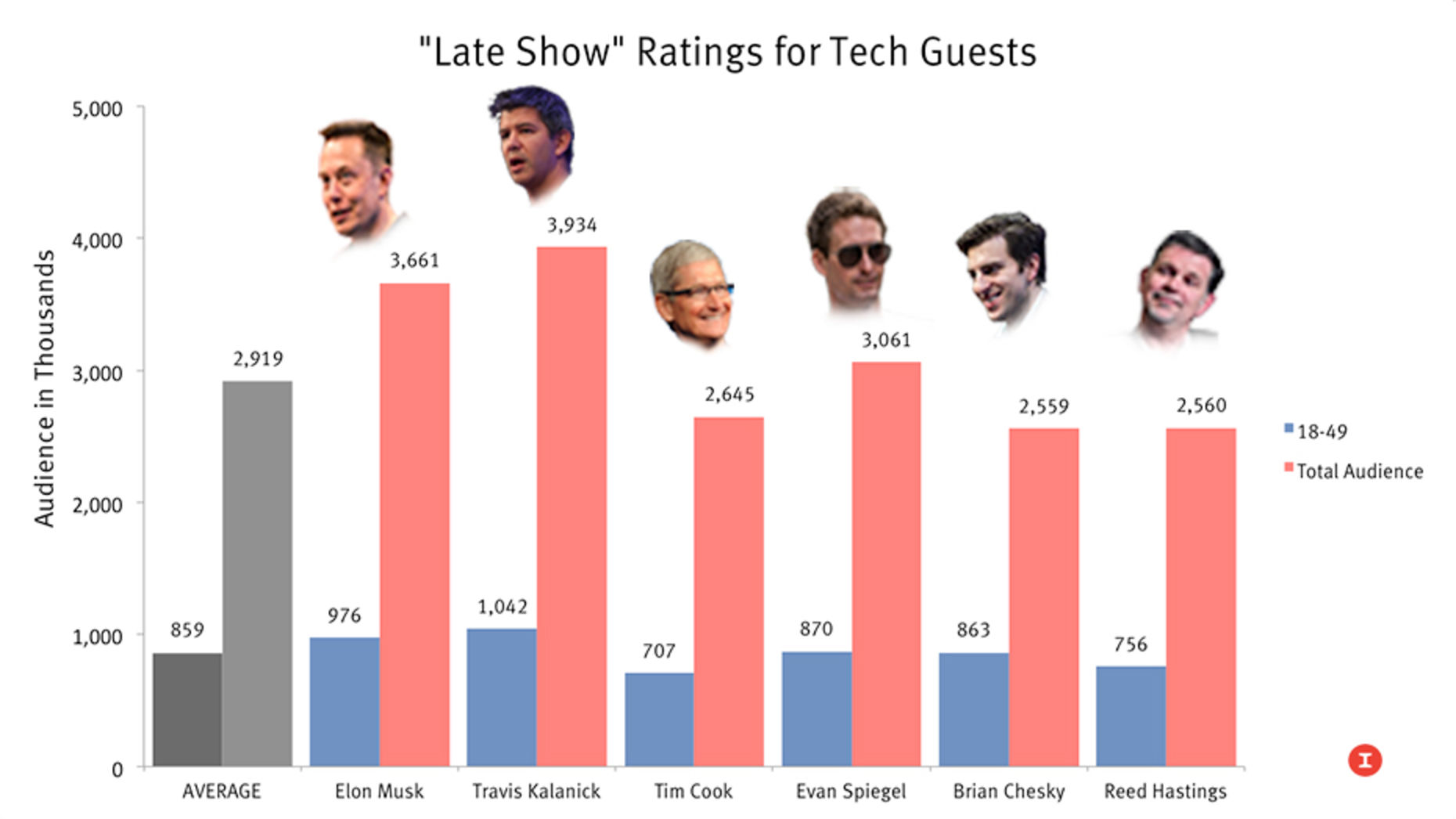 Tech companies like Apple, Snapchat and Netflix may be household names across America, but that doesn’t translate to interest in their top executives—at least when they’re late night talk show guests.

Half a dozen top-tier tech executives have appeared on CBS’ new “Late Show with Stephen Colbert” since it debuted in early September, quite a change from the usual parade of Hollywood stars who dominate late night talk shows. But if the hope was that names like Tim Cook and Evan Spiegel would bring a pop in the ratings, or lure a younger audience than normal, Mr. Colbert will need to reconsider.

Amazon alumni have turned up at a wide range of digital and traditional media firms, such as Snap and Disney. But one of the biggest contingents—around 100—has defected to TV firm Discovery, owner of the Discovery Channel, HGTV and Animal Planet, following a former Amazon Marketplace executive, Peter Faricy. He was hired in 2018 to build a big streaming video group and help ...

Latest Briefs
Robinhood Valued at $8.6 Billion With More New Funds
By Kate Clark · July 13, 2020
SiriusXM Buys Stitcher for $265 Million in Cash
By Martin Peers · July 13, 2020
Google to Invest $10 Billion in India
By Shai Oster · July 13, 2020
Receive a summary of the day's top tech news—distilled into one email.
View stories on our mobile app and tune into our weekly podcast.