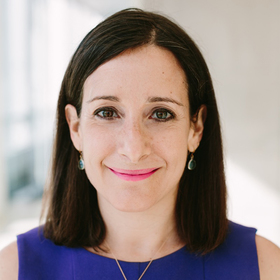 Jessica Toonkel covers media and telecom for The Information. Before that, she spent seven years at Reuters covering a range of topics including media, advertising, mergers and acquisitions and financial services. At Reuters, she consistently broke news on major deals, executive changes and corporate strategies at traditional media companies like Viacom and CBS as well as technology companies such as Facebook and Amazon. She was nominated as Text Journalist of the Year in 2017 for consistently breaking news on the media beat. In 2012, she was part of a team that was nominated as a Gerald Loeb Award finalist for Reuters’ coverage of the Facebook IPO. Before joining Reuters, Jessica spent years covering funds and investing for a number of publications including InvestmentNews, American Banker and Institutional Investor. She has won a number of awards from the American Society of Business Publication Editors. A graduate of Vassar College, Jessica is a native New Yorker now living in Brooklyn.

On the Market: Entertainment Veterans From Old and New Media